MEC Panyaza Lesufi Does not Want University to Teach in Official Indigenous Language. 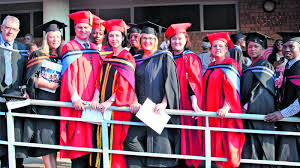 While the country is celebrating indigenous languages on Heritage Day, Gauteng Education MEC, Mr Panyaza Lesufi, is opposed to the establishment of a new university that will teach in Afrikaans, one of the official and indigenous languages of the Republic of South Africa. His reasons for the serious objection are not very clear but it seems that around 1988 while he was still at high school, he was involved in school protests, was arrested and detained at Modderbee prison, and upon his release, a letter was written to his school in Afrikaans instructing the school to expel him. He was assisted by the late Rev Beyers Naude to gain admission at another school and a scholarship was organised for him. He completed his high school studies and proceeded to study at the University of the North and the University of Natal for his tertiary education.

That is how his hatred for Afrikaans was born. Although one would sympathise with what he experienced being arrested as a youth and being expelled from school, it is difficult to see why he would make it his personal mission to fight Afrikaans as a language. Afrikaans is the third most spoken language in South Africa after Isizulu and Isixhosa. It is a home language for a majority of the white population of South Africa and nearly all the coloured people. It is a medium of instruction at a number of primary and secondary schools and is now spoken by a sizable number of black South Africans. And yet the MEC appears to be oblivious to these facts and cannot comprehend how anyone in modern day South Africa would regard Afrikaans as his/her mother tongue.

That an MEC for education is opposed to the establishment of a university, when there is an accute shortage of places for high school graduates at tertiary institutions, particularly universities, is even more sinister. The trade union, Solidarity, is doing the fund raising itself, does not rely on government funding either to build or to run the university. This is a first in South Africa that a trade union would show such interest in the education of the children of its members. Instead of opposing them on petty political grounds, the MEC should have been applauding them and using them as an example for other bigger trade unions to follow.

If the MEC believes that English speaking children will have no opportunity to enter tertiary institutions because of this one Afrikaans university, then he should explain the basis for his belief when there are 20 public universities and 6 universities of technology, many tvet colleges and private universities and colleges in South Africa. All of them offering courses in English. The MEC is only concerned about this one university because it has stated that it will offer classes in Afrikaans. The children who will be attending this university or college are Afrikaans speaking. The MEC feels that it is wrong for them to speak Afrikaans in the new South Africa. He wants to force them to speak English, or if they can’t, then they should forget about tertiary education. Thirty years ago, during the apartheid years, the MEC was offered an opportunity to study at a university in English, by people who occupied the position that he is occupying today. Today, he wants Afrikaans speaking children to be deprived of that opportunity and be doomed to life in the streets.

The fact that Solidarity has decided to build a university shows their level of maturity as a trade union. Their members should be both English and Afrikaans, but they decided that their university should offer courses in Afrikaans. Shouldn’t they have the right to make that choice? After all, the one who pays the piper chooses the tune. Eventually, when they or anyone else, including the MEC, identifies the need for a university in another South African language, then , funds permitting, the university shall be built. The Minister of Higher Education has even said that the institution cannot be called a university because it may not meet certain requirements for accreditation as a university, but rather as a private college. You cannot develop your children by oppressing your neighbour’s children. The MEC should encourage private initiative rather than to pull it down.

One Comment on “MEC Panyaza Lesufi Does not Want University to Teach in Official Indigenous Language.”

This site uses Akismet to reduce spam. Learn how your comment data is processed.